Christopher Columbus...Did You Know?
Christopher Columbus was an Italian sailor, out on an expedition to Asia sent by Spanish monarchs King Ferdinand and Queen Isabella. His journey began on the third of August in 1492 from Spain in three ships:  the Nina, the Pinta and the Santa Maria.

Christopher Columbus changed history on October 12th, 1492, by accidently discovering the land of Americas on his search to a route to China and East Asia for their riches. He was the first European to set foot in Bahamas, after the Vikings back in the tenth century. This began the ‘age of discoveries' and lead to colonization. 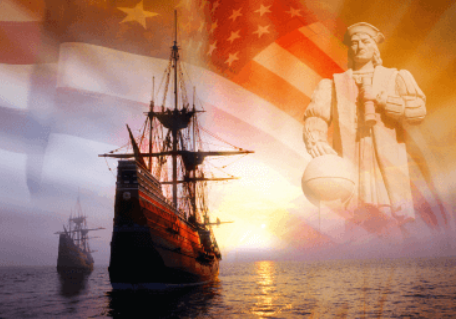 Various facts regarding Columbus...
​
How many trips did Christopher Columbus make to what he believed was Asia?  3

When did Columbus Day become an official Federal Holiday?  11 October 1937

Which was the first U.S. state to adopt Columbus Day as a holiday?  Colorado

In weeks, how long did it take Columbus’ crew to spot any land?  10 weeks

Where the largest Columbus Day parade is hosted every year?  NYC

Which famous U. S. city is named after Christopher Columbus?  Washington DC

What name did Christopher Columbus give to the place he landed first in?  San Savador

What is modern day name of San Salvador?  Bahamas

According to his first letter to his sponsors (the king and queen of Spain) what did he notice that the native people lacked?  Weapons

Which Canadian Holiday is on the same day as Columbus Day?  Thanksgiving

In which year was Christopher Columbus sent to Spain as a prisoner? 1500

Why was Christopher Columbus brought to Spain as a prisoner?  For bringing diseases, enslaving and mismanagement of Royal monies.

True or false: till his death Christopher Columbus thought he had discovered Asia?  True

In which Italian city was Christopher Columbus born?  Genoa 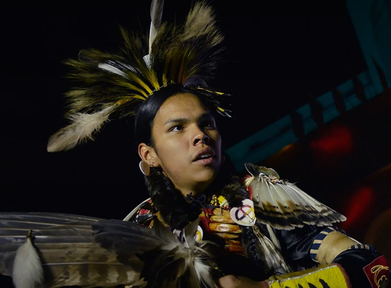 Since 1991, dozens of cities, several universities, and a growing number of states have adopted Indigenous Peoples’ Day, a holiday that celebrates the history and contributions of Native Americans.
When Is Indigenous Peoples' Day? Not by coincidence, the holiday usually falls on Columbus Day, the second Monday in October, or replaces the holiday entirely. In 2022, it will fall on Monday, October 10.

Indigenous Peoples' Day is not yet a federal holiday, but in 2021, President Biden became the first U.S. president to issue a proclamation recognizing Indigenous Peoples’ Day, writing, "Today, we recognize Indigenous peoples’ resilience and strength as well as the immeasurable positive impact that they have made on every aspect of American society."