The official birthday of the United States Marine Corps is on 10 November 1775. That was the day when the Second Continental Congress established the Continental Marines with the following decree:

That two battalions of Marines be raised consisting of one Colonel, two lieutenant-colonels, two majors and other officers, as usual in other regiments; that they consist of an equal number of privates as with other battalions, that particular care be taken that no persons be appointed to offices, or enlisted into said battalions, but such as are good seamen, or so acquainted with maritime affairs as to be able to serve for and during the present war with Great Britain and the Colonies; unless dismissed by Congress; that they be distinguished by the names of the First and Second Battalions of Marines.
​
Tun Tavern - Birthplace of the U.S. Marines Corps.

Tun Tavern, in Philadelphia, Pennsylvania, is regarded as the birthplace of the Corps as the location of the first Marines to enlist under Commandant Samuel Nicholas, though it is disputed if a recruiting drive may have occurred earlier at Nicholas's family tavern, known as the Conestoga Wagon.  When the Revolutionary War ended in 1783, the Continental Navy was disestablished, and with it, the Continental Marines. The Corps was re-established on 11 July 1798, when the act for establishing and organizing a Marine Corps was signed by President John Adams
​ 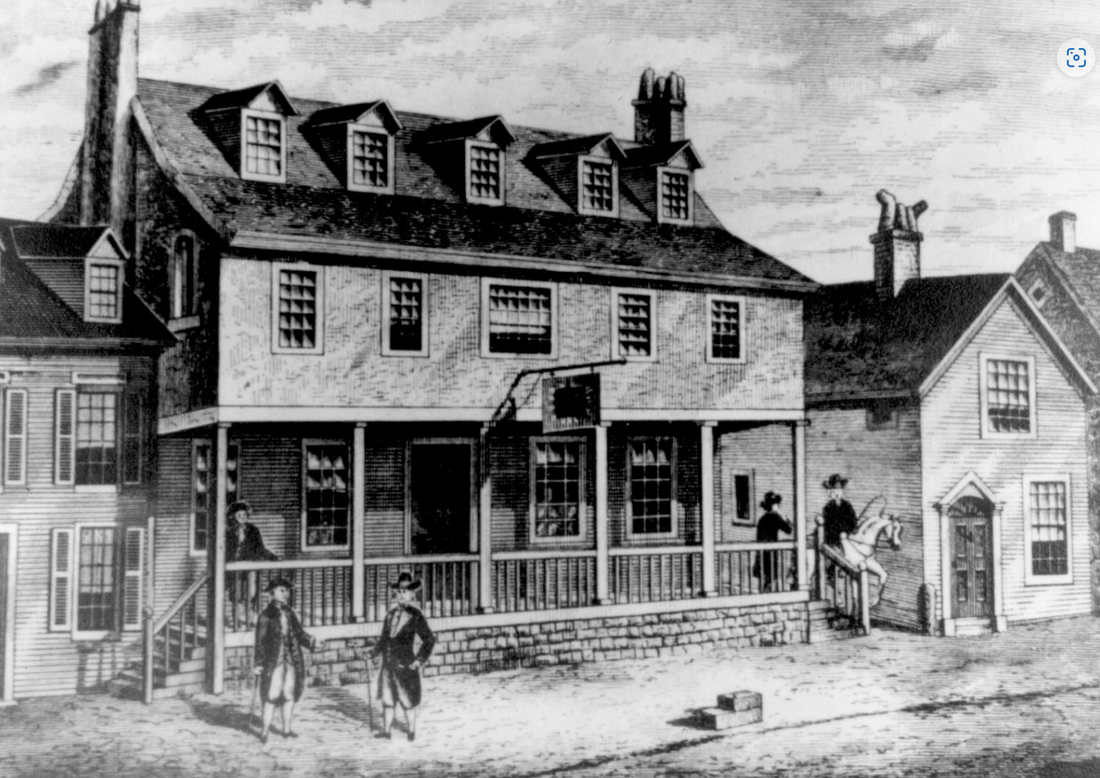 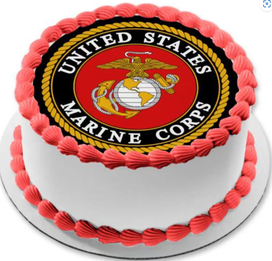 Let Them Have a Ball!  But Don't Forget the Cake!

​The annual Marine Corps Birthday Ball is a celebration of Marine Corps history and traditions.  It represents where the Marine Corps started and where it is now; while giving us a glimpse of the past, present and future.

​Throughout the world on 10 November, Marines celebrate the birth of their Corps -- the most loyal, feared, revered, and professional fighting force the world has ever known.

In 1921, the 13th Commandant, Gen. John A. Lejeune, issued Marine Corps Order No. 47, Series 1921.  Gen. Lejeune's order summarized the history, mission, and tradition of the Corps.  It further directed that the order be read to all Marines each year on 10 November to honor the founding of the Marine Corps.  Soon after, Marine commands began to not only honor the birthday, but celebrate it.  In 1923 the Marine Barracks at Ft. Mifflin, Pennsylvania staged a formal dance.  The Marines at the Washington Navy Yard arranged a mock battle on the parade ground.  At Guantanamo Bay, Cuba, the Marine baseball team played a Cuban team and won with a score of 9 to 8. But this was only the beginning.
​
The first "formal" Birthday Ball took place in Philadelphia in 1925.  Guests included the Commandant, the Secretary of War (known today as the Secretary of Defense), and a host of statesmen and elected officials.  Prior to the Ball, Gen. Lejeune unveiled a memorial plaque at Tun Tavern, the birthplace of the Marine Corps.  Then the entourage headed for the Benjamin Franklin Hotel for an evening of celebration.

Over the years the annual Birthday Ball grew, taking on a life of its own.  In 1952, Commandant Gen. Lemuel C. Shepherd Jr. formalized the cake-cutting ceremony and other traditional observances.  Current Marine Corps policy mandates that the first piece of cake must be presented to the oldest U.S. Marine present and passed to the youngest Marine representing the passing of tradition from generation to generation.  Among the many such mandates is the reading of the Commandant's birthday message to the Corps.  Like the U.S. Marine Corps itself, the annual Birthday Ball has evolved from modest origins to the dignified function it is today.  On 10 November, regardless of where Marines are stationed or deployed, you will always hear “Happy Birthday Marine.” 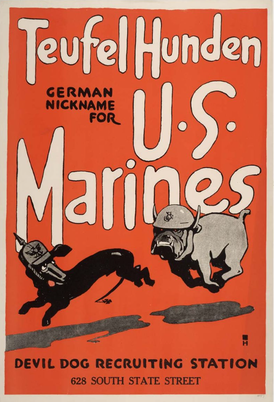 "Those Darn Devil Dogs!
​Multiple publications of the United States Marine Corps claim that the nickname "Teufel Hunden"—"Devil Dogs" in English—was bestowed upon the Marines by German soldiers at the ​​​​Battle of Belleau Wood in June 1918. However, on April 14, 1918, six weeks before the battle began, hundreds of U.S. newspapers ran a fanciful wire service report that stated "the Teutons have handed the sea soldiers [a nickname] ... They call the American scrappers 'teufel hunden,' which in English means 'devil dogs'."  Journalist ​​H. L. Mencken wrote in 1921 that the term was the invention of an American war correspondent. Robert V. Aquilina of the United States Marine Corps History Division has stated that while there is no evidence of German use of the term, it has nevertheless become entrenched in Marine Corps lore.

​Toys for Tots - U.S. Marine Reserve Program
Toys for Tots began as a Los Angeles charitable effort in 1947. Major Bill Hendricks, USMCR, was inspired by his wife Diane when she tried to donate a homemade Raggedy Ann doll to a needy child but could not find any organization to do so. At her suggestion, he gathered a group of local Marine reservists, including Lieutenant Colonel John Hampton, who coordinated and collected some 5,000 toys for local children that year from collection bins placed outside Warner Bros. movie theaters. Jon B. Riffel also helped found the organization. Their efforts were successful. In 1948, a feasibility report for the Marines using it as a national public relations and recruitment tool was written by Maj. Donald G Clarke USMCR. Toys For Tots was launched as a national campaign. Hendricks used his position as director of Public Relations for Warner Brothers Studio to enlist celebrity support, as well as have Walt Disney Studios design the red toy train logo. A theme song for the program was written in 1956 by Sammy Fain and Paul Francis Webster, and would be recorded by Nat King Cole, Jo Stafford, Peggy Lee, among others.

Today. this well-known children's charitable program continues.  The mission of the program is "to collect new unwrapped toys and distribute those toys to less fortunate children at Christmas."